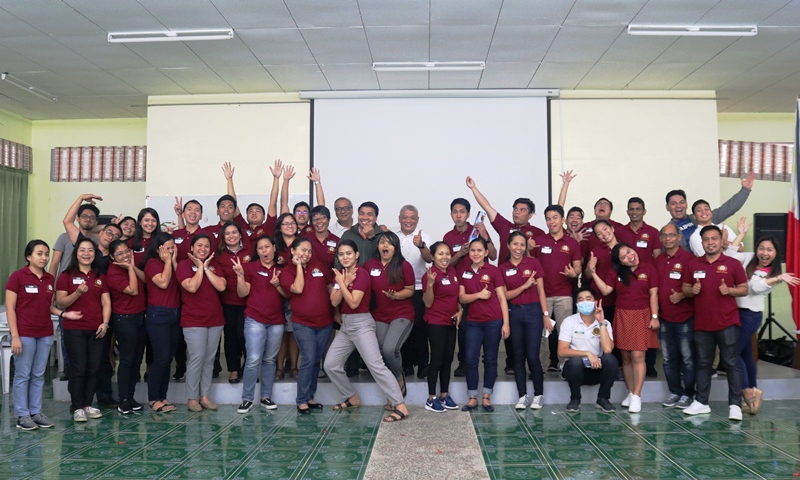 Ngiting Tagumpay. Graduate Students halt for a day as semester comes to a close. Photo courtesy of KZG Lavadia

IAS successfully held the Graduate Students Get-together Party last December 2 (Monday) at the Animal Science Lecture Hall 2, attended by 33 students, of which 8 were PhD and 25 were MS.

Graduate students across all specializations in Animal Science took a breather from their regular coursework and thesis writing as they joined for an afternoon of fun and games. As an appreciation for the students’ hard work during the past semesters, participants were gifted with IAS official shirts.

This is the third time that IAS has organized such event with the aim of bringing together academics and scholars in Animal Science. The IAS Socials Committee, headed by Prof. Jorge Michael D. Dominguez, expressed its earnest interest in doing this as an annual event.

Director Rommel C. Sulabo also calls for the organization of the IAS Graduate Students Association and pledged full support in its institution. He said that it is a very timely occasion to organize and elect officers for the IAS GSA which he sees as a start for a formal linkage of professionals in Animal Science from various parts of the country and overseas.

Notice to the Public