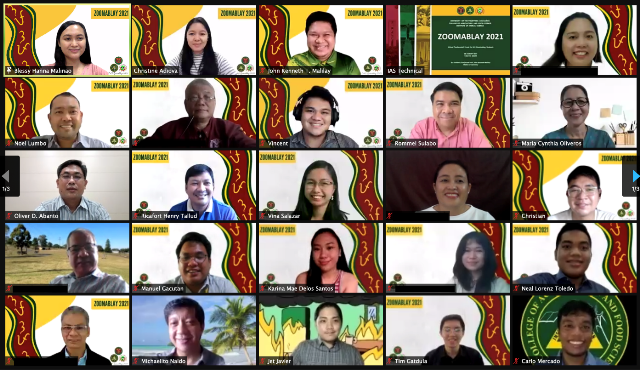 To honor the Graduating Class of 2021, the Institute of Animal Science (IAS) Social, Sports, and External Affairs Committee organized the Zoomablay 2021: A Virtual Testimonial Program for IAS Graduating Students, August 2.

Invited as guest of honor was Acd. Arnel N. del Barrio who applauded the graduates for completing their academic degree despite the restrictions imposed during the pandemic. He pointed out the current problems confronting the animal industry and challenged the fresh batch of animal scientists to carry over the work in providing quality and healthy food for the nation.

Moreover, the same distinction was awarded to Angelica P. Maderse and Roxanne De-Gula for Master’s and Doctor of Philosophy degree programs, respectively.

Ultimately, graduates felt triumph over struggles in their academic life at the University as they listen to the response of the top students from IAS. From extending their stay in the University to finally wearing their sought-after Sablay and reminiscing the UP life pre-pandemic, the program concluded with the singing of “UP Naming Mahal.”