The Department of Animal Husbandry (DAH) was instituted as one of the academic departments of the UP College of Agriculture (UPCA), mandated to take charge of the animal science and production concerns.

The DAH came into being on June 14, 1909, when a course in Animal Husbandry was offered to a few pioneering students in Agriculture by Prof. Sam B. Durham. Since then, it has become one of the major technical departments of the UPCA.

On April 20, 1961, a memorandum of agreement between the University of the Philippines (UP) and the Department of Agriculture and Natural Resources (DANR) was signed defining the roles of the Bureau of Animal Industry (BAI) and the UPCA in the establishment, maintenance, and operation of Dairy Training and Research Institute (DTRI).

On September 16, 1962, DTRI was established between the Philippine government and the United Nations Special Fund (UNSF) with the Food and Agriculture Organization of the United Nations (UN-FAO) serving as the executing agency. DTRI then became fully operational on November 1, 1962. It was granted the semi-autonomous status under the general administrative supervision of UP.

In April 1964, RA 4041 was passed to give full meaning and support to the development of the local dairy industry, providing DTRI an annual appropriation of PhP 1 million.

On May 1, 1972 Presidential Decree (PD) 58 directed the UP Board of Regents (BOR) to establish a UP system, making UP Los Baños as an autonomous campus consisting of six (6) units which included DTRI. DAH was renamed the Department of Animal Science (DAS) on the same year. 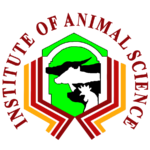 On November 25, 1982, UP Board of Regents approved the organization of the Institute of Animal Science (IAS), formerly the Department of Animal Science, as per Executive Order No. 840 of President Marcos on October 16, 1982. On January 1, 1983, IAS was formally organized. It was one of the seven (7) research Institutes and Laboratories on the National Agriculture and Life Science Research Complex established in UPLB.

On November 25, 1983, DTRI was attached to the College of Agriculture as per approved by UP-BOR resolution.

On October 1, 2004, Animal and Dairy Science Cluster (ADSC) was created as one of the five (5) clusters of the reorganized UPLB College of Agriculture. The cluster was a merger of the IAS and DTRI.